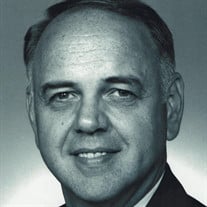 ARTHUR DEAN NEFF Colonel United States Air Force (Retired) After a courageous battle with cancer, Arthur “Art” departed this life on Sunday, October 10th, 2021 at the age of 79. Art was born to Emmett and Hazel Neff in Cambridge, Ohio and was the youngest of nine children. He was a son, husband, father, grandfather, brother, uncle and friend. He is survived by his wife of 48 years, Rebecca “Becky”, daughter Kristina (Adam) Renner, his two beloved granddaughters, Elizabeth and Catherine, sister Marilyn Savage and brother Jerry Neff, as well as numerous cousins, nieces and nephews. He was preceded in death by his parents, brothers, Richard, Melvin, William, Loren, and sisters, Bonnie and Shirley. He graduated from Cambridge High School in 1960. He graduated from The Ohio State University with a Bachelor of Science degree in Business Administration and received his Masters of Science degree in Business Administration from the University of Utah. His professional military education included the completion of Squadron Officers School, Air Command Staff College and Air War College. Art wanted to travel the world and be a leader, so he completed the Air Force Reserve Officers’ Training Corps program at The Ohio State University and received his commission into the United States Air Force in 1966. His Air Force career included assignments at Base, Major Command and Air Staff levels. Assignment locations included: Georgia, Virginia, Texas, California, Ohio and overseas in Thailand, Greece and Panama. He served three times as a Squadron Commander, a Group Commander, three times as a Major Command Staff Officer and an Air Force Level Command Staff Officer. He was the Base Commander of Howard Air Force Base and Albrook Air Force Base, Republic of Panama. He attained the rank of Colonel in 1987. His military honors included the Legion of Merit Medal, six Meritorious Service Medals, three Air Force Commendation Medals, four Air Force Outstanding Unit Awards, Air Force Organizational Excellence Award, Republic of Vietnam Service Medal (4 Bronze Stars), Republic of Vietnam Gallantry Cross with Palm Unit Award, Republic of Vietnam Campaign Medal, and Persian Gulf Service Medal. He was the recipient of the Air Force Outstanding Services Officer of the Year Award. He had a distinguished career in the United States Air Force and was proud to have served his country. He had a tireless work ethic and was dedicated to his career. This gave him and his family an opportunity to travel to world-wide places, making lasting friendships and many cherished memories. His lifetime motto was to make a positive difference and leave each assignment a better place to live and work for those he served. After retiring from the United States Air Force in 1993, he immediately started working at Wright State University and held various positions. He was the Executive Director of Business Services when he retired in 2014. In 2008, Art was proudly inducted into the Cambridge High School Distinguished Alumni Hall of Fame. Art loved his family and being a grandfather to Elizabeth and Catherine. He enjoyed talking to people and telling stories and adding little details to keep his listeners engaged and entertained. Art enjoyed volunteering at his daughter’s school and activities when she was younger. He continued volunteering at the Bellbrook United Methodist Church, where he attended regularly, as well as the Bellbrook Museum and Historical Society. He loved watching sports and cheering for his Ohio State Buckeyes in football and basketball. Art also enjoyed television, especially action and drama movies. He was interested in learning more about history, geography and archaeology. He loved all kinds of museums, particularly art museums. He also would spend hours listening to all types of music. In his younger years, Art played basketball and tennis, then later on enjoyed swimming laps and bicycling. He was obsessed with yard work, which was really his hobby, meticulously picking out each blade of grass from the flower beds. He spent hours cleaning a car, washing, waxing (and even using a toothbrush on the trim), and was upset if it rained anytime in the following two weeks. He had a sweet tooth and always had the second helping of any tasty dessert, especially carrot cake, which was his favorite. He enjoyed decorating all of the themed Christmas trees in the home and using decorations that had been collected from around the world. Art made an impact on every person he met and was a kind and gentle soul. He will be deeply missed by all those who knew him and loved him and will live forever in our hearts. The family hopes those who would like to honor him will find a quiet time to remember who he was in your life and be thankful for the time you had together. A private graveside service, with military honors, was held at Kimbolton Cemetery. Rev. Tina Gallaher officiated the service. A Celebration of Life event will be held at a future date for friends and family. In lieu of flowers, memorial contributions may be made in his honor to the Bellbrook United Methodist Church, 47 East Franklin Street, Bellbrook, OH 45305. Art’s online guestbook may be viewed and signed at www.bundy-lawfuneralhome.com.

The family of Arthur Dean Neff created this Life Tributes page to make it easy to share your memories.

Send flowers to the Neff family.