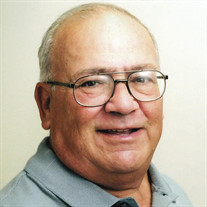 Charles Michael Fondale, age 72 of Cambridge, passed away on Friday, July 9, 2021 at Southeastern Ohio Regional Medical Center. He was born on November 11, 1948 at home in Junction City, Ohio, a son of the late Carl Fondale and Lewella (Robb) Fondale. Mr. Fondale was 1967 Graduate of New Lexington High School. He received his bachelor’s degree at Capitol University (1971) and was a four-year letterman on the Crusaders football team and member of the 1970 Division Two National Championship team. He obtained his master’s degree from Ohio University in 1990. He began his Physical Education teaching career for Cambridge City Schools in the fall of 1971 and continued for 38 years. He held many coaching positions through his career, most notably with girls track and field, football, and basketball. He was a very well-known official for track and field and cross country for over 40 years and officiated at the state level multiple times. He was a member of the Coaches Association for 38 years and served as treasurer and secretary for over 30 years as well. He was inducted into New Lexington High School Athletic Hall of Fame (2015) and the Eastern District Coaches Association Hall of Fame (2017). Charlie has been a 21-year member of the Cambridge Lion’s Club serving in multiple roles including president. He was a volunteer for Secret Santa and for Grace Pantry where he was a member of their board. He was a 40 year plus member of the Cambridge Athletic Booster Club and most recently served as club president. He was present at many Bobcat athletic events even in retirement. He passion in life was serving others and fundraising for multiple sports teams and service projects. Charlie is survived by: his wife of 51 years, Margaret L. (Keister) Fondale, they were married on June 20, 1970; their children, Todd Michael (Danna) Fondale of Florida, Shannon Beth (Ed Combs) Fondale of Senecaville and Kevin David (Julie) Fondale of Cambridge; his grandchildren: Jazmine, LeVal and Andria Fondale; Rylee, Kenzi and Alexx Combs; Grace and Rowen Fondale; five great grandchildren; siblings, Mary Jo (Gary) Baxter, John Fondale, Carl Ed (Ruth) Fondale and Nancy Parkman; and many nieces, nephews, and cousins. He is preceded in death by: his parents; and his mother-in-law Hildegard Allen. Visitation will be at Bundy-Law Funeral Home on Friday, July 16, 2021 from 4 to 8 pm. The Cambridge Lion’s Club will perform services at 7:30 pm. His funeral service will be held in Junction City, Ohio at St. Patrick Catholic Church (1170 OH-668) on Saturday, July 17, 2021 at 1 pm with visitation from 11 am to 1 pm prior to the service. Father Todd LeHigh will officiate the service with burial to follow in the St. Patrick Cemetery. In lieu of flowers, donations may be made to the Cambridge Lions Club P.O. Box 1812 Cambridge, Ohio 43725 or to The Eastern District Track and Cross Country Coaches Association care of (Dugan Hill, 905 Fairground St. Caldwell, OH 43724). Charlie’s online guest book may be viewed and signed at www.bundy-lawfuneralhome.com.

Charles Michael Fondale, age 72 of Cambridge, passed away on Friday, July 9, 2021 at Southeastern Ohio Regional Medical Center. He was born on November 11, 1948 at home in Junction City, Ohio, a son of the late Carl Fondale and Lewella (Robb)... View Obituary & Service Information

The family of Charles Michael Fondale created this Life Tributes page to make it easy to share your memories.

Charles Michael Fondale, age 72 of Cambridge, passed away on...

Send flowers to the Fondale family.