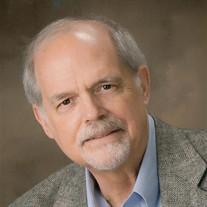 Christopher "Chris" Kuhn, age 63, of Cambridge, OH passed peacefully at home on November 13, 2019. Chris was born on December 1, 1955 to the late Robert S. "Bob" Kuhn and Patricia L. (Cooper) Kuhn of Cambridge, OH. Christopher was a 1974 graduate of Cambridge High School and in 1978 graduated from the National School of Meat Cutting in Toledo, OH. He also received his private pilot's license in 1975. He worked for 37 years for the Hillyard Company (formerly Rose Products) of Columbus, Ohio where he retired in March of 2018. He remained in close contact with many of his co-workers and considered many of them a valued part of his family. Prior to that he worked for many years at his family owned business Kuhn's Jewelry of Cambridge, Ohio. He is survived by his wife of 41 years, Cheryl J. (Clipner) Kuhn, who he married on August 19, 1978 at St. John's Episcopal Church. He is also survived by his mother, Patricia L. Kuhn of Cambridge, Ohio, a brother, Robert S. Kuhn, of Cambridge, Ohio, a sister, Kathryn L. (Dave) Pontius, of Cambridge, Ohio and sister, Judith A. (Fred) Steele, of Cambridge, Ohio, sister-in-law, Nancy J. (Mel) Groh, of Cambridge, Ohio, sister-in-law, Barbara J. (Bruce) Miller of Cambridge, Ohio, and sister-in-law, Connie S. Clipner of Cambridge, Ohio, as well as several nieces, nephews, and great-nieces and great-nephews. He is predeceased by his father, Robert S. Kuhn, paternal grandparents, Gus and Mary Kuhn, and maternal grandparents, Russell and Sara Cooper. He is also survived by his loving "four-legged children", Cooper, Sierra, and Kitty and deceased "four-legged children" Amber, Cody, Brandy and Logan. Chris loved photography and he and his wife operated Chris Kuhn Photography for 24 years where many of his photography customers became valued friends. He and his wife loved to travel and their most notable destinations were Banff, Canada, the western mountains of the United States, Iceland, Scotland, Ireland, and Norway where he was able to enjoy his first love of landscape photography. He also enjoyed spending time duck and elk hunting with his "Big Daddy" hunting buddies when he was younger. He was a perfectionist in everything he did and considered one of his greatest achievements in life building of their log home together. Friends may Call Friday from 4 to 8 pm at Bundy-Law Funeral Home. The Funeral Service will take place Saturday at 2:00 pm at The St. John's Episcopal Church, 1025 Steubenville Ave., Cambridge, OH 43725. Rev. Mark Slay, Rev. Robert Howell and Sister Bernadette Selinsky officiating and burial will be Northwood Cemetery. Memorial Contributions may be made to Gensis Cancer Center, 2951 Maple Ave., Zanesville, OH 43701. An on-line guest-book may be signed at www.bundy-lawfuneralhome.

The family of Christopher "Chris" Kuhn created this Life Tributes page to make it easy to share your memories.

Send flowers to the Kuhn family.