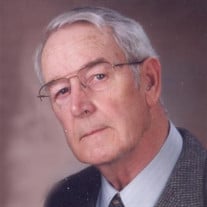 Curtis David Heady, age 89 of Cambridge, passed away on Tuesday, June 18, 2019 at his home. He was born on November 20, 1929 in Byesville, a son of the late Curtis Columbus Heady and Mary Katherine (Huff) Heady. Mr. Heady was a 1946 graduate of Byesville High School and then went on to Rio Grande College to obtain his Masters in Education. While in Rio Grande he was voted most valuable athlete of the year as a freshman and excelled in basketball. He volunteered to serve his country in the U.S.Army during the Korean War. He served in the 3rd Infantry Division and was decorated with 2 Bronze Stars and earned his combat infantry badge as a First Sergeant. He began his teaching and coaching career at Batesville Schools, then went to Old Washington “Zane Trace” to teach and coach basketball. He was a beloved coach and at one time was the winningist coach in the state of Ohio. He had taught for over 42 years before retiring from Buckeye Trail High School. He had taught History, Government, Phys. Ed and Drivers Education. He enjoyed watching and feeding the birds, watching his favorite t.v. shows and doing crossword puzzles and reading. His keen sense of humor was always close by. He was a member of the First Christian Church and the Quaker City Masonic Lodge #500 for over 60 years. He was also a member of the V.F.W. Post 2901. Dave is preceded in death by: his parents; his wife Deloris Evelyn (Todd) Heady, whom he married in 1954, she died in 2005. Also deceased are his siblings, Dorothy, Anna-Ray, Robert, Lew and Jane. He leaves: four children, Dan (Cindy) Heady of Cambridge, Jay Heady of Cambridge, Lori Heady of Norwich and Lisa Wagner; grandchildren, Jacob Heady, Curtis (Kimmie) Heady, Trystan (Chris) Starcher, Bethany (Christopher) Bergerson and Megan Heady; great grandchildren, Mahley McIntyre, Rylan and Kallan and Lachlan Starcher, Lilly and Tristen Bergerson and Emily Heady; a sister-in-law Janet (David) Dever of Belpre; several cousins and many nieces and nephews; a special caregiver for the last 5 years, Teresa Halsey; and his beloved pets Jenny, Cheech and Char. Visitation will be on Friday, June 21, 2019 at Bundy-Law Funeral Home from 4 to 8 pm with Masonic Services to be held at 7:30 pm. His funeral will be held on Saturday, also at Bundy-Law at 11 am with visitation an hour prior. Rev. Deb Bolen will officiate. Military Graveside Rites will be performed at Northwood Cemetery by the Guernsey County Veterans Council. In lieu of flowers, donations may be made to St. Jude’s Children’s Hospital or to a local animal shelter. Dave’s online guest book may be viewed and signed at www.bundy-lawfuneralhome.com.

Curtis David Heady, age 89 of Cambridge, passed away on Tuesday, June 18, 2019 at his home. He was born on November 20, 1929 in Byesville, a son of the late Curtis Columbus Heady and Mary Katherine (Huff) Heady. Mr. Heady was a 1946 graduate... View Obituary & Service Information

The family of Curtis David Heady created this Life Tributes page to make it easy to share your memories.

Curtis David Heady, age 89 of Cambridge, passed away on Tuesday,...

Send flowers to the Heady family.