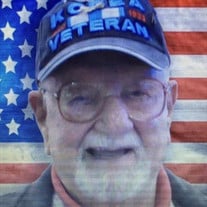 Harvey Simon, age 88 of Cambridge, passed away on November 14, 2020 at Altercare of Cambridge. He was born on April 6, 1932 in Los Angelos, California, a son of the late William Louis Simon and Mona G. (Geller) Simon. He is also preceded in death by his sister Sandra Marilyn Simon and his beloved German Shepard “Chopper”. After high school, Harvey served his country in the U.S. Air Force. He was a gunner pilot during the Korean War. His plane was shot down with an 11 man crew and only 7 survived. Harvey was the last survivor of those 7 and earned a Bronze Star. In 1954 he was the first LA County Sheriff. From 1961 to 1965 seasonally, he flew helicopter for the Chief Geologist for the St. Clair Oil in Alaska. From 1965 to 1970 he flew helicopter for the Department of Army Standardization. From 1970 to 1974 he flew helicopter for the Royal Malaysian Air Force, he also raced stock cars and won the Malaysian Grand Prix in 1972. From 1974 to 1976 he flew for the Serra Wak, flying doctors around to long houses that would hold 400 to 500 people to treat. From 1976 to 1978 he flew for the St. Anthony’s in Denver, Colorado, starting the first hospital based helicopter program, and also working for the Rocky Mountain Helicopter Service. In 1978 he started that program in LDS at Salt Lake Hospital, in 1980, started that program at Iowa University. From 1984 to 1991 he worked for George Nicolozakes and also flew for Life Flight out of Pittsburgh. From 1991 to 1998 he raced super late model stock cars. He was West Virginia Race Track Champion from 1999 to 2001. Then until to 2006 Harvey sprayed cotton fields in Mississippi to pay off his race car debt. Harvey was a volunteer for Hospice of Guernsey for 6 years. In 2016 he was named Volunteer of the Year. He was Chief and Head Flamingo Flocker and responsible for the pinning of the Veterans. He really enjoyed sitting and talking with the Veterans during his volunteer work. Harvey is survived by his Hospice of Guernsey family; his good friends, Cyd Roberts and family of Oklahoma, Rick and Ramona Springer and Kathi Williams all of Cambridge. Military Honors will be performed at his graveside service at Northwood Cemetery on Wednesday, December 2, 2020 at 12 pm. Covid precautions are to be observed. Harvey’s online guest book may be viewed and signed at www.bundy-lawfuneralhome.com.

Harvey Simon, age 88 of Cambridge, passed away on November 14, 2020 at Altercare of Cambridge. He was born on April 6, 1932 in Los Angelos, California, a son of the late William Louis Simon and Mona G. (Geller) Simon. He is also preceded... View Obituary & Service Information

The family of Harvey Simon created this Life Tributes page to make it easy to share your memories.

Send flowers to the Simon family.