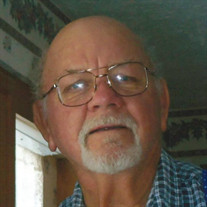 Hershal L. “Jack” Cooper, age 89 of Cambridge, passed away on Friday, January 7, 2022 at his home. He was born in Ravenna, Ohio on January 1, 1933, a son of the late Joseph Cooper and Gertrude (Beavins) Cooper. Mr. Cooper was a 1951 graduate of Garfield High School. He had worked for Donley & Sons Construction Co for 40 years as a carpenter. He was an avid Steelers fan and enjoyed hunting, fishing and boating. Jack was a talented woodworker, having made many beautiful pieces of furniture for his home and for his children. Jack was preceded in death by his wife of 67 years Betty Jane (Leiendecker) Cooper on December 10, 2021. They were married on February 26, 1954. Also deceased are: his parents; a great granddaughter Ashley Westbrook; three brothers, William, Francis and Paul Cooper and two sisters, Dorothy Davenport and Mary Renner. He is survived by: children, Stephanie (David) Hogue, Mark Cooper, Cindi (Karl) Tyler, Lori (Luis) Vasquez and Jacalyn Cooper; grandchildren, Heather, Andrew, Sean and Joshua; great grandchildren, Autumn, Joshua, James, Kiara and Jacob; a sister Jean Bidlack; and several nieces and nephews. In keeping with Jack’s wishes, no services will be held at this time. The family would like to extend a special thank you for the help that Betty and Jack received from their neighbors, Tim (Kim) Oliver and Lori Smith and Chad Smith. His online guest book may be viewed and signed at www.bundy-lawfuneralhome.com.

The family of Hershal L. "Jack" Cooper created this Life Tributes page to make it easy to share your memories.

Send flowers to the Cooper family.