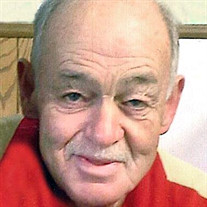 John Robert Lanning, age 74, of Cambridge, passed away on Tuesday, January 15, 2019 at Genesis Hospital in Zanesville. He was born on March 17, 1944 in Cambridge, only son of the late Ward M. Lanning and Margaret L. (Larrick) Lanning. He was a 1962 graduate of Old Washington High School. He was a proud member of the Cardinal basketball team and was part of the 1960-61 team that had a record of 28-1 and lost in the regional finals. John began his working career at Phillips Products in the plastic industry for over 17 years, many of those years he was the union president. Then became the owner operator of the Casa Loma, a popular local night club. He was a general contractor for many years, having built the Eagles and the Guernsey County Water Facility. He was the owner of three local car washes for a few years following. He then dabbled in gas and oil as co-owner of JHL Gas and Oil Investments. John then joined partners with SW Lyons Waste Water Disposal. It was after this, he began his 30 year career as owner of the local restaurants, J & K East, J & K On The Hill, Lannings Downtown and currently at Lannings Country Boy Restaurant. John loved hunting and shooting. He had a run of coon dogs, rabbit dogs, squirrel dogs and bird dogs. He was a life member of the Ohio Gun Collectors Association. He was a dual member of the Masonic Lodges Quaker City 500 and Guernsey Lodge 66 F&AM, and the Valley of Cambridge Scottish Rite where he was awarded the Meritorious Service Award. He enjoyed playing fast pitch softball for many years. He was a 300 plus game winner as a pitcher for many leagues including Cambridge, Zanesville, Woodsfield, New Philadelphia and the Buckeye Eight League. He was an avid trap shooter, at one time hitting 200 in a row which lead him to state competitions in Vandalia. He also enjoyed many years of golfing and wouldn’t quit until he got a hole in one. He is survived by the mother of his children Carolyn Burris Marianek; children, Jon Gregory (Dolly Arnold) Lanning, Thomas “Tom” Reed (Diana) Lanning and Kim D. Whaley all of Cambridge; step-children, Brenda (Roger) Buck and Jeffrey (Sheena Perkins) Johnson; grandchildren Chase, Jensen and Maezie Lanning, Madison and Kaden Whaley; step-grandchildren, Kirk, Robby, Zac, Buck, Oliver and Lily; and many cousins. He never met a stranger and greatly appreciated all of his employees and customers throughout the years. He will be sadly missed by all who knew him. Preceded in death by numerous aunts, uncles and cousins. Visitation will be on Thursday, January 17, 2019 at Bundy-Law Funeral Home from 3 to 8 pm. Masonic services will be held at 6 pm by the Quaker City Lodge. The service will be on Friday at 12 pm also at Bundy-Law. Burial will follow in Northwood Cemetery. John’s online guest book may be viewed and signed at www.bundy-lawfuneralhom.com.

John Robert Lanning, age 74, of Cambridge, passed away on Tuesday, January 15, 2019 at Genesis Hospital in Zanesville. He was born on March 17, 1944 in Cambridge, only son of the late Ward M. Lanning and Margaret L. (Larrick) Lanning.... View Obituary & Service Information

The family of John Robert Lanning created this Life Tributes page to make it easy to share your memories.

John Robert Lanning, age 74, of Cambridge, passed away on Tuesday,...

Send flowers to the Lanning family.