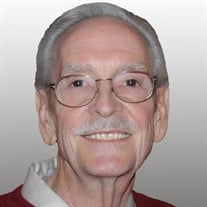 Phillip M. Carpenter, 78, of Cambridge, Ohio, passed away on April 20, 2022, at Cambridge Place Assisted Living. He was born November 14, 1943, in Cambridge, Ohio, to Kenneth and Virginia Mercer Carpenter of Batesville, Ohio, while his father was serving in the Navy during WWII. After living in Columbus and Tipp City for a number of years, Phillip moved to Cambridge in 1979 when he became the SOHIO distributor and ultimately BP distributor. He also operated Appalachian Springs Ltd. He was active in Kiwanis as well as Batesville United Methodist church as president of the board, lay speaker, and delegate to the East Ohio Conference of The United Methodist Church. He also enjoyed serving as president of the Batesville High School Alumni Association for many years. Prior to moving to Cambridge Place Assisted Living, he enjoyed traveling to Germany, Mississippi, and Texas to visit with his daughter’s family while they were serving in the military. In addition to his parents, Phillip was preceded in death by his brother, William Kenneth Carpenter, in 1934. Phillip is survived by his wife, N. Darlene Carpenter, his daughter and son-in-law, Noelle Carpenter Gasparovich and Stephen Gasparovich, Col., USAF, and his grandson, Carter Gasparovich, of San Antonio, Texas. In lieu of flowers, the family requests charitable contributions in memory of Phillip M. Carpenter be made to Brain Support Network, PO Box 7264, Menlo Park, CA 94026, www.brainsupportnetwork.org or to Absolute Hospice, 39 Summit Court, Suite 150, Caldwell, OH 43724. Graveside services at Batesville Cemetery will be held at a later date. Phillip's online guest book may be viewed and signed at www.bundy-lawfuneralhome.com.

Phillip M. Carpenter, 78, of Cambridge, Ohio, passed away on April 20, 2022, at Cambridge Place Assisted Living. He was born November 14, 1943, in Cambridge, Ohio, to Kenneth and Virginia Mercer Carpenter of Batesville, Ohio, while his father... View Obituary & Service Information

The family of Phillip Mercer Carpenter created this Life Tributes page to make it easy to share your memories.

Send flowers to the Carpenter family.