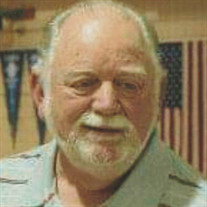 Robert J. “Bob” Douglass, age 70 of Salesville, passed away on Sunday, May 12, 2019 at Southeastern Ohio Regional Medical Center. He was born on October 21, 1948 in Cambridge. Mr. Douglass worked for the Ohio Department of Transportation for 12 years. He then started working in the strip mines in 1979 until 2014 for various mining operations as a heavy equipment operator. He has most recently worked and retired from Oxford Mining. He enjoyed spending time with his grandchildren and great grandchildren. Bob was preceded in death by his father James R. Douglass in 2001. He is survived by: his mother Maxine (Dunbar) Douglass of Cambridge; his wife of 48 years, Alice M. (Mercer) Douglass, they were married on June 19, 1970; their two sons; Robert (Carmela) Douglass of Salesville and Eric (Tess) Douglass of Cambridge; grandchildren, Miranda (Jake) Armstrong, Robert Douglass III, Levi Douglass, Lucretia Dunlevy, Courtney Dunlevy, Eric Douglass Jr.,Blaine Douglass, Collin Douglass, Austin Douglass and Chloe Douglass; great grandchildren, Carter, Emma, Savannah and Mila; three sisters, Sandra Jackson, Barbara (Mervin) Baird and Lori (Rudy) Banfield; and several nieces and nephews. Visitation will be at Bundy-Law Funeral Home on Wednesday, May 15, 2019 from 11 am to 1 pm with the service at 1 pm. Pastor Clayton Coffey will officiate the service with burial to follow in Center Cemetery. Bob’s online guest book may be viewed and signed at www.bundy-lawfuneralhome.com.

The family of Robert J. Douglass created this Life Tributes page to make it easy to share your memories.

Send flowers to the Douglass family.