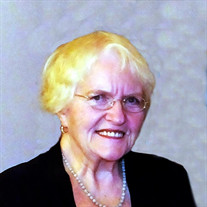 Sara Joy Valk (formerly Shipman) died Monday, August 16, 2021, at the Johnson City Medical Center in Johnson City, TN after sustaining a severe head injury. Born on November 11, 1942, to Harry and Kathleen Winget, Sara grew up in a small farmingcommunity just east of Cambridge, OH. On a family trip when she was about eight years old, she became spellbound by the grand views and mysteries that the Great Smokey Mountains had to offer. From then on, she dreamed of living there and wondered what other adventures the world had to offer. At age 17, she graduated from Madison High School and continued her education at The Ohio State University in Columbus, OH. It was during her time in Columbus that Sara met her first husband, R. Kenneth Shipman. They were married in Worthington, OH in 1965 and later divorced in the mid-1980s. She is survived by their two sons, Ken and Chad Shipman, and their daughter, Jacinda Festin. In the 1980s, Sara battled through female discrimination in the workplace to become a buyer for an electronics company. Then in 1990 another type of battle took hold of her; she was diagnosed with spasmodic torticollis, a rare condition which caused her neck muscles to uncontrollably contract and release, ultimately gluing her chin to the left side of her collar bone. Unable to work because of constant excruciating pain, Sara turned to researching her ailment and even volunteering her time to work on The National Spasmodic Torticollis Association’s newsletter. A non-profit organization to help support those with this debilitating condition. It was through that organization that she was able to find a doctor in Toledo who would eventually help her make her spasms less and less, eventually straightening her head so that she could once again look forward. Even though she knew that she would live in pain and continue to have involuntary neck tremors, she moved on with her life. In 2004, while living in Florida, Sara met and fell in love with Nick Valk, a vacationing Dutchman and business owner working and living where she had always wanted to reside, in the heart of the Great Smokey Mountains. A year later she would start the next chapter in her life and make a lifelong dream come true by settling down in the nook of two smokey mountains. Soon after she and Nick were married at a local church in Greeneville, TN on July 6, 2005. She is also survived by her loving husband. Thanks to Nick, Sara’s dream of seeing the world became a reality. Traversing four continents with her partner at her side, she traveled all over Europe, Australia, New Zealand, Morocco, and even down into Central America to Costa Rica and Panama. One of her greatest adventures was sailing with her husband, Nick, and her daughter, Jacinda, on the Mediterranean Sea from southern Spain along its eastern coast to France and back. The seas had been rough that summer due to high winds that came down off the Alps, making the waters treacherous. One day in particular had been especially troublesome, but as the boat was making its way into port and the sun was throwing colors of pink, orange, and red into the sky as it set, she looked out across the calming waters and saw dolphins appear beside the ship, escorting her vessel to safe harbors. Although the trip, like her life, had its terrifying moments, at the end she too found peace and calm with loved ones beside her. Sara’s memorial will take place on Saturday, August 28, 2021, at 12:00 p.m. at the Bundy-Law Funeral Home, 120 N 11th St, Cambridge OH 43725. The family has requested no flowers be sent. If you wish to make a donation, please send them to the Harris Memorial Free Will Baptist Church, 4110 Sunnydale Rd., Greeneville, TN 37743

The family of Sara Joy Valk created this Life Tributes page to make it easy to share your memories.

Send flowers to the Valk family.