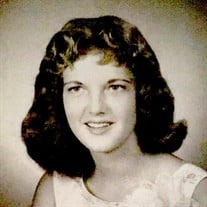 Shirley LaVerne Reitler Malinak Taulbee, 76, of Senecaville, passed away peacefully on Tuesday, February 5, 2019. She was born on June 18, 1942 in Cambridge the daughter of the late Evelyn (Shear) St. Clair and Russell LaVerne Reitler. She was married at the age of fifteen to her first husband, David Cecil Malinak and shared a special bond with her late mother-in-law, Betsy Malinak who taught her how to cook, sew, quilt, embroider, and cross stitch, all of which she did with finesse. She later married her second husband, Paul Thomas Taulbee. She enjoyed fishing, playing cards, eating out, traveling, puzzles, bingo, and watching “The Price Is Right.” Shirley loved all animals. She owned several dogs and cats and rescued many throughout her life. She leaves her last cat (Love) behind. She was a well-known bartender and owner and always enjoyed a good, cold, bottle of beer. She later became a home health aide. Shirley was a born again Christian and loved bible study. She was a member of the Senecaville United Methodist Church. She loved her children dearly. She loved life and lived it to the fullest every day. She had an untamed spirit and was always ready for an adventure. Shirley was a genuine person and was never one to hold her tongue. She always spoke her mind. She is survived by three sons, Jeffrey David Malinak of Seneca Lake, Joel Albert Malinak of Lore City, Jay Paul Malinak of Senecaville, and her only daughter, Michelle Malinak Miley (who she called Shelly) also of Senecaville. Three grandsons, Joseph (Laura) Malinak, Michael Malinak, and Stephen (Rachel) Miley. Three granddaughters, Janielle Malinak, Jenise Malinak, and Brailey Phillips. Nine great-grandchildren, Joey, Mercedes, Alexis, Zoey, Willow, Lily, Joel, Ava, and Layla. One sister, Violet Bond, and one half sister, Jean Powers, both of Senecaville. Several nieces and nephews. Graveside services will be held on Monday, February 11, 2019 at Gibson Station Cemetery at 11 am with Pastor Karen Rawlins officiating. Memorial contributions may be made to Senecaville United Methodist Church and Old Concord Summer Ministry. Shirley's online guest book may be viewed and signed at www.bundy-lawfuneralhome.com.

Shirley LaVerne Reitler Malinak Taulbee, 76, of Senecaville, passed away peacefully on Tuesday, February 5, 2019. She was born on June 18, 1942 in Cambridge the daughter of the late Evelyn (Shear) St. Clair and Russell LaVerne Reitler. She... View Obituary & Service Information

The family of Shirley L. Taulbee created this Life Tributes page to make it easy to share your memories.

Send flowers to the Taulbee family.